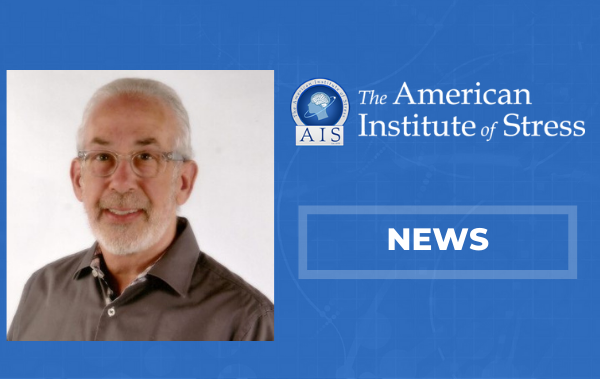 The inventor of Alpha-Stim, Dr. Daniel L. Kirsch, has announced his retirement after a 40-year career in electromedicine.

Dr. Kirsch, a neurobiologist, introduced Alpha-Stim to the market in 1981 and since then has made it his mission to raise awareness and acceptance of the technology in a medical world that relies almost exclusively on prescription drugs. He did that by focusing on building credibility through medical research, rather than marketing hype.

Dr. Kirsch began his career studying and teaching acupuncture which, in the 1950s, evolved to electroacupuncture, inspiring him to develop his own system he called electro-acutherapy, which then evolved into his unique system of microcurrent electrical therapy. At first, he modified acupuncture, and electroacupuncture devices to work with the new techniques he developed to avoid penetrating the skin with needles, eventually designing the waveform that is the basis of Alpha-Stim technology. He refers to his early career as modernizing acupuncture but eventually, he developed much easier techniques still in use today.

Throughout his career, he did missionary work for psychologists and psychiatrists to slowly accept brain stimulation as a safer and more effective innovative form of intervention in mental health. Dr. Kirsch has been an instrumental figure in overcoming skeptics and opening the door to electromedicine.

As brain technologies evolved, more open-minded, holistic, and integrative practitioners embraced electromedicine implementing this technology into their practices. This opened the door to the mainstream medical market, where Alpha-Stim is being accepted by doctors today who previously relied solely on drugs. Alpha-Stim is supported by over 100 completed independent research studies and published reports that utilize some of the most rigorous, randomized controlled clinical research methods. These studies were mostly done at American and British universities, the Department of Defense and Veteran Affairs Medical Centers.

“I am proud to have helped millions of people through Alpha-Stim technology,” said Dr. Kirsch, “especially after drugs failed. I chose to teach doctors how to integrate Alpha-Stim into their practices rather than market to consumers in order to achieve mainstream credibility and reach more patients at a time.” The American Academy of Pain Management recognized Dr. Kirsch’s accomplishments and lifetime dedication to teaching pain management and awarded him the Richard Weiner education award in 2008.

As a pioneer in electromedicine, Dr. Kirsch believes that in the next decade, physics will overtake chemistry as the master science in therapeutic healthcare as it already has in diagnostic medicine.

“Technology will replace many, if not most prescription drugs due to the safety and effectiveness, not to mention that Alpha-Stim is not addictive and does not develop tolerance where the dosage has to be constantly raised until it is not safe. The brain works through electrical connections, so it makes sense to treat it electrically rather than just chemically,” said Kirsch.

Although retiring from Electromedical Products International, Inc, the company he founded in 1981, Dr. Kirsch is not going gently into that good night. He presently is applying his lifetime of learning and experience as the President of The American Institute of Stress: www.stress.org. AIS is a nonprofit organization that helps people understand and control their stress to prevent or reverse disease, including producing two free magazines, certifying a stress assessment test and online courses, credentialing professionals practicing stress management, providing a clearinghouse of evidence-based stress science and management techniques, and producing a series of six documentaries scheduled for release in early 2021.

Alpha-Stim is a non-invasive prescription medical device (prescription not required outside the U.S.) that is FDA cleared to provide fast, safe, and effective treatment of anxiety, insomnia, depression, and pain. The brain functions electrochemically and can be readily modified by an electrical intervention. The Alpha-Stim AID utilizes cranial electrotherapy stimulation (CES) to deliver the only patented waveform which is clinically proven to significantly decrease anxiety and comorbid depression. The Alpha-Stim M uses CES to treat mood and sleep, plus microcurrent electrical therapy (MET) to treat pain. Alpha-Stim can be used alone, along with other therapies, or as an adjunct to medication (without the risk of drug-drug interactions). There are no serious adverse effects, no risk of addiction, and more than 100 research studies over 40 years that prove the effectiveness of this low-level electrical prescriptive brain therapy.

Manufactured by Electromedical Products International, Inc., Alpha-Stim products and accessories are FDA cleared in the United States, have obtained the CE mark for regulatory approval in Europe (through the European Medical Device Directive), been awarded the UL (Underwriter’s Laboratory) safety listing, are licensed by TGA (Australia), and are approved throughout most of the world.