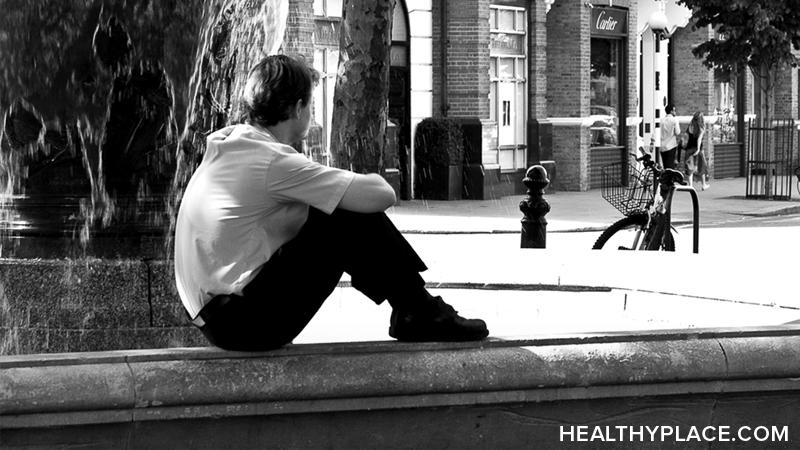 If you live with anxiety, chances are you look for problems. Don’t get me wrong. You’re most definitely not doing it on purpose. All humans have a built-in negativity bias that causes us to be on alert for danger so we can take action to protect ourselves. Anxiety, in its misguided attempt to keep us safe, usurps that negativity bias and magnifies it, causing us to operate under the assumption that there are problems everywhere. Unfortunately, this is a distorted sense of reality that can make us feel almost constantly on edge, exhausted, and even physically ill. Once you’re aware that anxiety makes you look for problems, you can look for other things instead and even find joy.

Because we’re worried about things going wrong, people judging us, consequences of past mistakes, or anything else, we naturally want to prevent those things we’re concerned about. Anxious thoughts and feelings put us on the lookout for things that are wrong so, in theory, we can make them right and avoid issues. This would be fine if anxiety didn’t distort reality.

Anxiety has a way of twisting the way we see ourselves and our world. Think of anxiety as a virtual reality (VR) device that replaces what we see and hear with its own fictitious interpretations. When we’re wearing this VR device, we don’t interpret things objectively but instead impose our anxious beliefs upon neutral events.

Here is just one example of how anxiety distorts reality and causes us to look for problems. You walk into a meeting and sit down. Two people glance at you but then look back down at what they were doing. A few are talking quietly and don’t acknowledge you. You sit down awkwardly and think one or more of the following:

All of these negative assumptions happened within seconds of entering the room and sitting down. Anxiety pulls you out of the room and into your thoughts about things that already happened, things that might happen, and skewed interpretations of what is happening now. Remove the VR headset, though, and you’ll likely see a different, more realistic picture.

Remove Anxiety’s VR Device and Be a Neutral Observer

Our thoughts don’t always represent reality. We interpret neutral events through our own past experiences, thoughts, feelings, fears, and worries about the future. With all of this judgement clouding the picture, it’s very difficult to see clearly.

Here’s what a neutral observer would have seen at that meeting:

It takes patience and practice, but we can all learn to become neutral observers. When we do, we no longer see the world through an anxious lens and create skewed interpretations. We can then enjoy a moment for what it is, nothing more and nothing less–and nothing anxious.

I invite you to watch this video for tips on becoming a neutral observer.