Being Part of the LGBTQIA+ Community Can Affect Anxiety 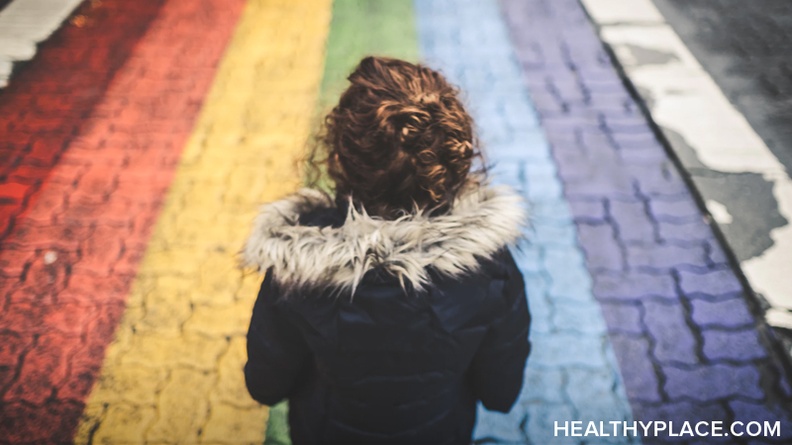 I have identified as a lesbian for as long as I have battled anxiety. I came out to my family and friends thirteen years ago, unaware that my sexual orientation would be one of the biggest triggers of my anxiety symptoms. Those in the lesbian, gay, bisexual, transgender, queer, intersex, asexual, etc. (LGBTQIA+) community who also have a mental illness face many obstacles regarding public treatment. The constant worry of judgment and non-acceptance when out in public can lead to heightened anxiety. Holding on to what we can control and educating others about our community can help calm this worry.

Taking Control of our Anxiety

My most vivid memory surrounding coming out is also the day of my first anxiety attack. I cut my hair short and, upon trying to enter the public bathroom, was called sir. It also was mentioned that I was entering the wrong bathroom.

This lack of control regarding my treatment by others was the root of my anxiety. It never feels good to be embarrassed in public. It feels worse when you have no control over who provides this embarrassment.

I began obsessing over my appearance and even stopped using public restrooms altogether. These obsessions led to social anxiety over time. These obsessions also held me back from going out and enjoying my life and my LGBTQIA+ community.

Only when I realized I was never going to be able to control how others treated me did I make a change. My control lies in how I allow this treatment to affect me.

I began ignoring the stares and whispers when I entered a public restroom. I corrected people when they called me sir instead of mam. I began taking control of my emotions and found a healthy coping skill when met with judgment or ignorance: educating others.

Instead of allowing my anxiety to push me back inside my box, I began to step on top of the box to speak. I educated those who called me sir or corrected my bathroom usage. I politely informed individuals of how I identified my gender and what that meant for me.

I also began letting others know that what and how they acted regarding my sexual identity was offensive to me. They needed to know it is also harmful to my mental health.

These are uncomfortable interactions to have with others. It took me years to build up the confidence and courage to stand up for myself and my mental health. I hope you find these skills sooner than I.

Tell us about a time you were judged based on your LGBTQIA+ identity. Leave your thoughts and stories below in the comments.