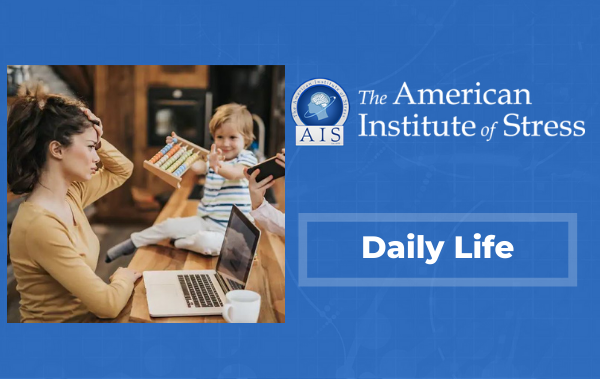 The first few weeks of being sheltered in place were a reprieve for Sara Ahmed, a 41-year-old Houston-based writer, and mother of two sons, ages 7 and 12.

But after managing her sons’ virtual school learning, her own deadlines, ordering groceries, figuring out dinner, and doing all this without any breaks, she often became snappy, she said. “I raised my voice more regularly than I ever had before. The boys noticed the change and started going to their dad for help with things, which was fine by me,” Ahmed said.

But then her children started mimicking her abrasive tone while talking to each other, and one day, her 7-year-old called her “cranky pants.” She realized she had to change her attitude.

Like Ahmed, many people are facing a situation they never imagined. Wearing masks, social distancing, facing financial instability, being stuck at home for months: It’s hard to be your best self. Parents are stressed to the max and there’s no end in sight.

That resilience many had in March and April has transformed into fatigue and frustration, says Nina Vasan, a psychiatrist at Stanford University and chief medical officer of Real.

With this frustration, it becomes difficult to control emotions. Although those outbursts might feel okay at the moment, habitually blowing off steam in front of your child can cause problems, experts say.

“The real damage is done if the screaming is directed at the child, blurting out comments such as, ‘Why did you do that?’ ‘I told you a thousand times.’ … ‘Pay attention, you never listen to me,’” said Fran Walfish, a psychotherapist and author of “The Self-Aware Parent.” “Even more scary and upsetting than the words are the tone and facial expression with which the words are delivered. They can shatter a child.”

Many experts contend that constant yelling can trigger a young child’s stress response, resulting in serious long-term consequences. “Research suggests that verbal abuse can change the structure of our brains,” says Harvey Karp, a Los Angeles-based pediatrician and founder of Happiest Baby. “Persistent yelling — and the stress it causes — has been linked to increased risk of anxiety, depression and other mood disorders, as well as to chronic pain and other long-term health issues. It also doesn’t curb misbehavior. It tends to make kids more likely to act out.”

It’s not just young children who suffer when parents yell and scream at them. Studies have shown that harsh verbal discipline increases behavior problems in adolescents.

But don’t assume a parent can and should sit calmly through this incredibly stressful time. We’re not perfect, and patience is understandably thin. So parents have to be forgiving of themselves, too.

“Any discussion about ‘yelling’ and parenting strategies during the covid-19 pandemic should begin with the validation that parenting is incredibly hard right now,” she adds.

Seham says it’s important for parents to know they are not alone in feeling overwhelmed, finding their patience is strained and noticing themselves losing control. But although screaming might feel like a quick fix, she says, “persistently losing control of your emotions can have long term negative consequences for your children.”

The good news is children are resilient and parents can positively influence outcomes with their own behavioral changes.

Seham offers strategies to gain control, regulate your own emotions and improve immediate and long-term outcomes for your children. Yes, even in the midst of a never-ending pandemic:

Practice self-compassion. When you treat yourself with kindness and attend to your own well-being, you not only give yourself the energy to manage parental responsibilities, you also model self-care for your children.

Learn how to slow your reaction to stress. Notice your own emotion dysregulation. Remove yourself when you feel out of control and work yourself back to a calming response. It can take just seconds to breathe, pause, and respond in a healthy way, but that needs to be learned and practiced.

Identify your allies and limit negative social interactions. Know whom you can turn to for support, distraction, a good laugh, or a shoulder to cry on. Stay away from criticism — including the negative talk that comes from our own inner critic.

Remove as much negative news as you can. Cut down on TV and social media, which can flood us with negative and agitating news.

Exercise and include your children in physical activity whenever possible.

Learn to communicate in a positive way. Harsh verbal communication can have serious, lasting, negative mental health outcomes. But you can make a difference right away by changing your communication tone and communicating with warmth and affection.

Seek support if needed. If you consistently feel out of control and unable to modulate your tone or stop yelling you should seek out therapy or other support.

Finally, says Walfish, “be kind to yourself. Know this is a process, not a quick fix. Be sure to hold on to your motivation to raise happy, healthy, disciplined, loving children.”

By Judy Mandell a freelance writer based in Virginia.