I’m Open About My Depression—But Not Completely 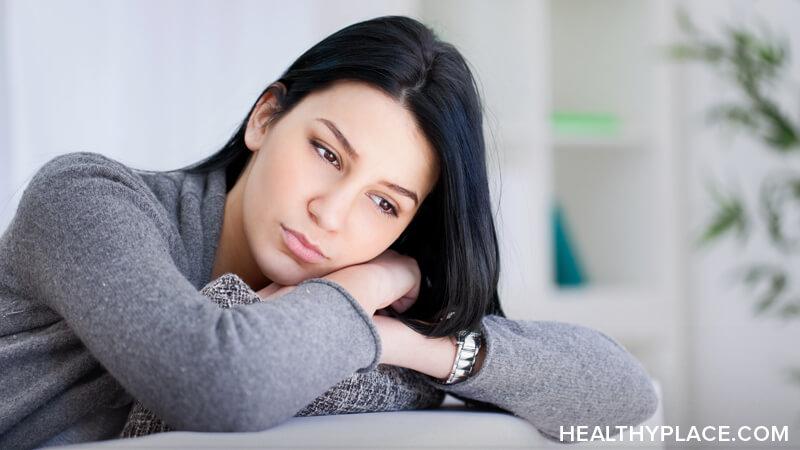 As open as I am about my depression, I’m not completely open about it. I’ll talk about having depression and how dark it can get, which is done both in an effort of catharsis and to show others who may be going through the same thing that they’re not as alone as depression can make us feel. It’s also an important part of taking on mental health stigma, which is something I strive for whenever I can. Ironically, mental health stigma can be a part of what keeps me from being completely open about my depression.

I’m Not Afraid of Mental Health Stigma, But It Still Impacts Me

February has invariably been the month my mental health takes a nosedive, in particular with depression deciding to rise up from its quiet rumble to be a loud and suffocating force. It’s been that way since I was in my early 20s (or at least that’s when I started to notice it), and although I thought it would give me a pass this year, it’s come back. My thoughts are loud, chaotic, and dark. So dark. Some days, it feels like I can’t breathe. Like I’m drowning.

I’m not completely open about my depression because the times it has noticeably impacted me in the past, I’ve been told that I’m a downer and a killjoy and negative. It’s stigma. I know it’s stigma. But sometimes, I just don’t want to deal with stigma, nor do I have the energy to do so. I’m already fighting my own mind in these moments, so I don’t want to have to deal with fighting mental health stigma on top of that.

We Don’t Need to Always Share Our Struggles, But It’d Be Nice If We Could

I don’t think everyone should always have to completely bear their souls about mental health, but it’d be nice if we could create a space where we could and honesty about struggling isn’t met by mental health stigma. If that space existed, it’d be easier to share about our struggles when reaching out when help is needed rather than only revealing the pain in the aftermath.

I don’t have any advice here, but I want to say if you release to what I’ve written, I see you. It’s okay to not have the energy or desire to go up against mental health stigma, especially when you’re struggling with your own mind. After all, it’s one of the chief reasons that although I talk about my depression, I’m not completely open about it.