Introduction to Justin Hughes, Author of ‘Building Self Esteem’ 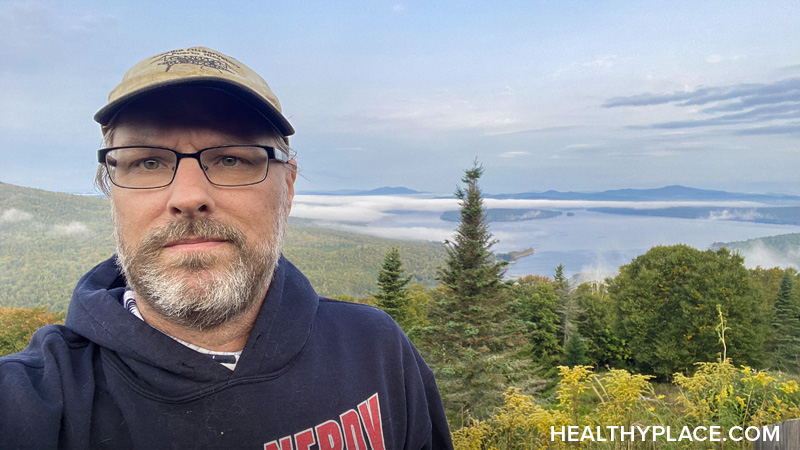 I’m Justin Hughes, and I’m thrilled to be joining Building Self Esteem. This is a subject I have struggled with my entire life. In fact, I still struggle with it today. When HealthyPlace invited me to join this blog, I found the subject ironic, because, of my assorted mental health struggles, self-esteem is the one I have gotten over the least. I’ve made significant progress toward battling my negative self-talk, but I’ve hardly mastered it. Perhaps that’s precisely why I’m here.

Justin Hughes Believed What He Heard, Affecting His Self-Esteem

Throughout my childhood, I heard constant negative messages about myself. Nothing I did was good enough. Why wasn’t that grade an A instead of an A-? I was a nerd, distinctly uncool because I was more interested in computers and science fiction than sports and the latest fads. I committed the ultimate teenage sin of being different, and my peers treated me poorly because of it. With no one in my life telling me differently, I started believing all these negative perspectives about myself. Eventually, I perpetuated them in my own mind, even into adulthood after removing myself from these negative influences.

Eventually, I began to chip away at the armor of negativity that surrounded me. My parents were always afraid of what a bad driver I was going to be. I started participating in autocross events, which are low-speed time trials in parking lots. With practice, I began to get good at it. Even my negative self-talk couldn’t argue with the recorded lap times and a growing trophy collection. This opened the door to trying other things and realizing I’m good at them, too.

I’m certainly not “cured,” though. I’ve suppressed those negative voices in my head, but I have not vanquished them, though. The recent triple whammy of a motorcycle crash, a layoff, and a death in my family was extremely hard for me to deal with. I’ve definitely had moments when the low self-esteem has won. I’ve also fought it back on many occasions as well. I want to share what I’ve learned to help you beat those negative thoughts of your own into submission. Sometimes you won’t win this fight. That’s okay, neither do I. We won’t win every battle, and there’s no dishonor in that. What matters is that we keep striving to overcome our negative programming. That’s what we’re going to work on together because you’re not alone here at Building Self-Esteem.

Learn more about Justin Hughes in this welcome video: