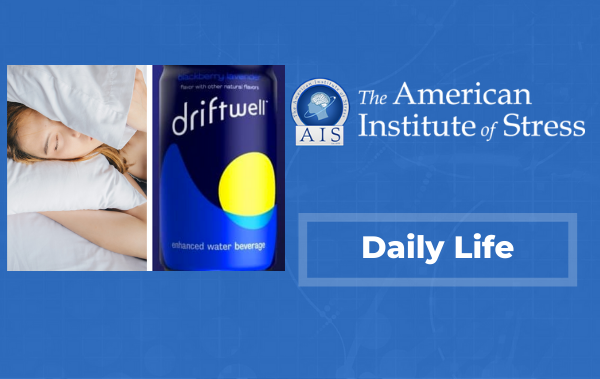 Doctors and dentists are reporting more cases of cracked teeth and insomnia as thecoronavirus pandemic takes a toll on the nation’s stress levels.

PepsiCo’s latest drink Driftwell is pitching itself as a way to combat the problem.

Pepsi employees came up with an idea for a beverage to help consumers de-stress and relax before bed as part of an internal competition that started last year by CEO Ramon Laguarta. The concept won, and the food and beverage giant went to work to make it a reality.  Emily Silver, vice president of innovation and capabilities at Pepsi’s North American beverages unit, said it is the fastest new product to ever come out of the company. Driftwell will be available nationwide on e-commerce sites in December and in grocery stores by the first quarter of 2021.

“I think we’re launching this at a time when there’s more consumer interest than there previously was, given everything that’s going on from a macro perspective,” Silver said.

The enhanced water drink contains 200 milligrams of L-theanine, an amino acid that’s found in green and black teas and some mushrooms. A few studies have suggested that the ingredient can improve sleep quality and can help reduce the physical symptoms of stress.

“From a scientific and regulatory perspective, we feel really good about making that claim around L-theanine. Specifically, we have safety in clinical data to prove that it works,” Silver said.

Driftwell also contains 10% of the recommended daily value of magnesium. The drink comes in 7.5-ounce mini cans and just one flavor: blackberry lavender. According to Silver, it’s the perfect size for hydrating before bedtime without requiring another trip to the bathroom.

Functional water beverages were a $2.97 billion market last year in the U.S., according to data from Euromonitor International, which forecasts that their popularity will boost sales by nearly 5% this year. Relaxation drinks are a much smaller category, although their popularity in Japan suggests they could become a part of Americans’ everyday routines.

“It’s a nascent category, and it’s one frankly that we think we can build from a [liquid refreshment beverage] perspective,” Silver said.

Smaller companies are making their own relaxation drinks by adding CBD to sparkling water and touting them as a sleep aid or a way to unwind, although little research has been done to back up those claims. Those companies are doing this despite the Food and Drug Administration prohibiting adding the cannabis compound to food and drinks, and large corporations like Pepsi have avoided any potential regulatory snafus by sidestepping the ingredient for now.

Shares of Pepsi, which has a market value of $189 billion, are flat so far this year, as of Monday’s close.