Stressed about the election? You’re not alone. How to stay calm ahead of Nov. 3 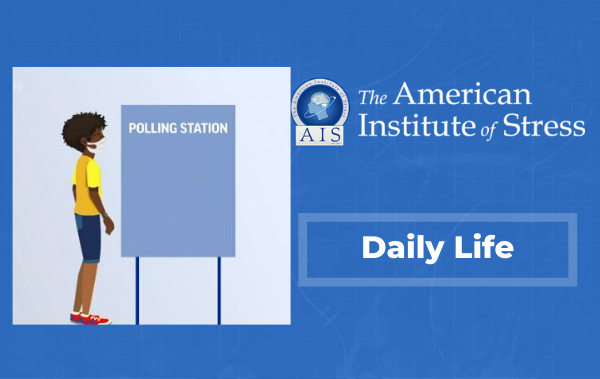 With the presidential election less than a week away, scores of Americans divided by their support for President Trump or former Vice President Joe Biden also are united.

“The commonality between us all is that we’re stressed about the election,’’ William Heckman, executive director of The American Institute of Stress, told USA TODAY.

“It works with parts of your brain and the physiology of your body,’’ he said. “You need some of that (cortisol) to be motivated. But too much of that, you live in a state of ongoing anxiety, which is very bad for you.’’

She recommends brief stretching exercises and writing down something you’re grateful for — preferably a new source of gratitude every day. Yoga, deep breathing, and meditation can be added to the morning ritual, but it’s not necessary, according to Nowell.

“I’ve learned that if it’s anything over five minutes, people are less likely to do it,’’ she said. “Everybody has three minutes to get their blood flowing. And so if we take those three minutes to do that, then it really gets us centered for that day.

“It’s more about mental health than it is just physical health. It’s getting the blood flowing for the body but even for you to say, ‘I have control over something. I’ve got control over three minutes of my morning.’ ”

JaNaé Taylor, a counselor in Virginia Beach, Va., said she recommends deep breathing and one of her favorite breathing exercises is called the “4-7-8 breath.’’

“The idea is that that helps reoxygenate your blood, but it also takes you out of fight-or-flight response, which is sometimes what we feel when we’re getting really anxious,’’ Taylor said. “It calms us down and slows us down. And people can do it in the (voting) line.’’

Dr. Chloe Carmichael, a licensed clinical psychologist in New York, recommended making plans for after you vote — for anything from having lunch with a friend or exercising.

“I would absolutely plan it out in advance, because it gives you a sense of control and it helps you understand a little bit more about what to expect, and it’s a form of self-care,’’ she said. “Just the same way when we plan a vacation, we actually start experiencing the benefits of the vacation even before it happens, just because we know that it’s coming.

“It introduces just a small amount of certainty.’’

She also suggested writing a one-page journal entry recording your thoughts and feelings about the election.

“Sometimes writing it all own can relieve our brain of the burden of feeling like you have to keep all of those points active,’’ Carmichael said. “And thinking about the idea of potentially that page being passed on down to our children or our children’s children can also help to put the whole event into a little bit of perspective.’’