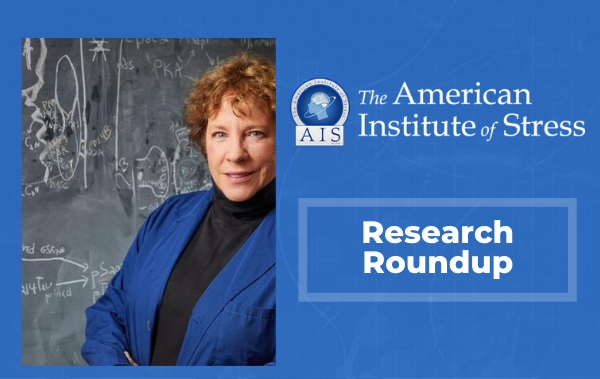 Amy Arnsten, professor of neuroscience and psychology at Yale University in New Haven, created a YouTube Video, “The Brain’s Response to Stress – How Our Brains May Be Altered During the COVID-19 Pandemic.” The video teaches how “arousal chemicals” released in times of uncontrollable anxiety inhibit a person’s insight, reasoning, empathy, conscience, patience, judgment and control of emotions, thoughts and actions. (Robert A. Lisak / Yale School of Medicine/Robert A. Lisak)

For months, the nation has been assaulted by an invisible enemy that has the upper hand. The stress of the COVID-19 pandemic has many wondering, how is this affecting the mental health of the populace?

At their best, Americans are feeling distracted, forgetful, disorganized and helpless. At their worst, there are highly publicized incidents of deniers who have screaming meltdowns in stores when they are told to wear masks.

Dr. Amy Arnsten, professor of neuroscience and psychology at Yale University in New Haven, said all psychiatric disorders have a neurobiological basis. In short, it isn’t psychological weakness, it’s a prefrontal cortex overloaded with chemicals.

“If you understand the neurology behind it, you feel forgiveness for yourself. It’s self-freeing. It allows you to be better,” Arnsten said. “There is no difference between a mental-health issue and a neurological issue.”

Arnsten created a YouTube Video, “The Brain’s Response to Stress – How Our Brains May Be Altered During the COVID-19 Pandemic”. The video teaches how “arousal chemicals” released in times of uncontrollable anxiety inhibit a person’s insight, reasoning, empathy, conscience, patience, judgment and control of emotions, thoughts and actions.

Arnsten spoke with The Courant in a phone interview from her home in Bethany.

Are people acting in ways that reflect the change in their brains?

You really see this in some places. Connecticut is doing so well. It’s really a “prefrontal” state. A simple way of saying that is, being thoughtful. You see states, where there’s been poor leadership and people are encouraged to be reactive rather than thoughtful, where so many people are dying, where people say just go out and party, don’t wear a mask, just do what you want to do, don’t be thoughtful about consequences. They want the right to act like that even though it kills others.

Can you give some behavioral examples?

The prefrontal cortex controls wisdom and judgment. When it goes “offline,” these primitive brain circuits control who we are. We can get angry very easily. We can say things that we later regret to people we love. Anger can get the best of us. Rather than being thoughtful, you yell at a store clerk and throw groceries in his face.

Is this change in brain chemicals from stress ever useful?

Yes. It can orchestrate a response in an unconscious, primitive way. It could save your life if what is stressing you is that you are suddenly being cut off on the highway. You stop thinking about your plans for going to a party on Saturday night and slam on the brakes really fast. But if the stressor is an invisible virus, losing your prefrontal function is extraordinarily unhelpful and more dangerous.

Why does the stress from the pandemic feel uncontrollable?

This has been studied in families. If a child feels a parent is in control, even though something terrible is happening, the kid is OK. Part of what is so stressful right now is the feeling there’s no parent in the room taking charge of this pandemic, so we’re all at the mercy of this random destruction. … Our current government makes us feel out of control, and that is the exact thing that increases the stress response and impairs our prefrontal function. That’s an uncontrollable stress.

Yes. With chronic stress, along with the chemical changes there are architectural changes, where you lose the connections between brain cells and the prefrontal cortex. Research on young rats indicates that with sufficient time spent being non-stressed, connections grow back. We didn’t see that in old rats. Resilience seems to be age-dependent, but maybe we need to wait longer. (Arnsten is citing 2011 research by Erik B. Bloss, William G. Janssen, Daniel T. Ohm, Frank J. Yuk, Shannon Wadsworth, Karl M. Saardi, Bruce S. McEwen and John H. Morrison of the Mount Sinai School of Medicine in New York.)

How can people control their stress and reduce the chemicals in the brain?

Exercise if you can. Get that oxygen. Eat healthy. Get plenty of sleep. Those things truly matter. The prefrontal cortex is the Goldilocks of the brain. It likes to have everything just right. It’s also good to help other people. It makes you feel better yourself. Listen to your favorite music. Give yourself experiences of beauty. … So often people don’t think to give these things to themselves. Try to be your own cheerleader.

Are there wrong ways to control stress?

I think a very natural thing to do, but that ends up being counterproductive, is abusing substances. Alcohol makes you feel better for a little bit, but in the long run, it makes you feel worse. The same thing goes for drugs. And the same thing goes for eating a lot of fattening foods, then you hate yourself and eat more. It’s the same old same old as with the non-pandemic, but now it’s often intensified, because there you are home alone with your refrigerator.